Hydrogen - a carrier of energy - with important future potential. Hydrogen, constituent in water and all organic matter, is the most abundant element in the universe. Many EIGA members have increased their interest in hydrogen and also their investments in hydrogen technology. The reason is that hydrogen can be used for reduction of GHG (Greenhouse gases) and it can also become an alternative to petroleum based fuels. In recent years research into hydrogen as energy carrier has made tremendous progress. Hydrogen is renewable, abundant, efficient, and unlike other alternative fuels, produces zero emissions because it combusts to produce only water. With hydrogen, it is possible to generate electricity both for stationary and portable applications with the possibility to store it on a long-term basis. Moreover hydrogen can be used as a fuel on board of a new generation of hydrogen powered cars which now can achieve performances in line with the traditionally expected performances of cars equipped with conventional engines. Many EIGA members are additionally members of the European Association for Hydrogen, EHA in Brussels.

The companies forming EIGA have since many years developed valuable documents for the safe production, handling and transportation of Hydrogen in the industry.

Please check the ”IGC documents” at the EIGA web-site. Compared with other industrial gases hydrogen has particular characteristics which must be taken into account:

The main use of hydrogen is in ammonia production and for sulphur removal in crude oil. Processes that use hydrogen can be found in industries like:

Processes that use hydrogen as a fuel can be found in:

Hydrogen is produced thermally, i.e. by heat input from hydrocarbons or electrolytically, by the input of electricity from water.

Currently, 98% of global hydrogen production (approx. 600 billion m3 per year) is derived from hydrocarbons, most commonly natural gas. Today the most cost effective method to extract hydrogen from fossil resources is steam reforming. This is also environmentally friendly because a great part of the hydrogen produced comes from water vapour. Steam reformer capacities range tens of thousand’s of m3/h (refineries) down to hundreds of m3/h.

Electrolysis is splitting water into oxygen and hydrogen using electricity. This production method, which is used for small to moderate production capacities typically not exceeding a few hundred m3/h offers the possibility of a completely GHG emission-free hydrogen energy cycle. if the electricity itself is produced without– from However, the electricity must be produced without negative GHG impact from solar or wind power, hydropower or nuclear energy. 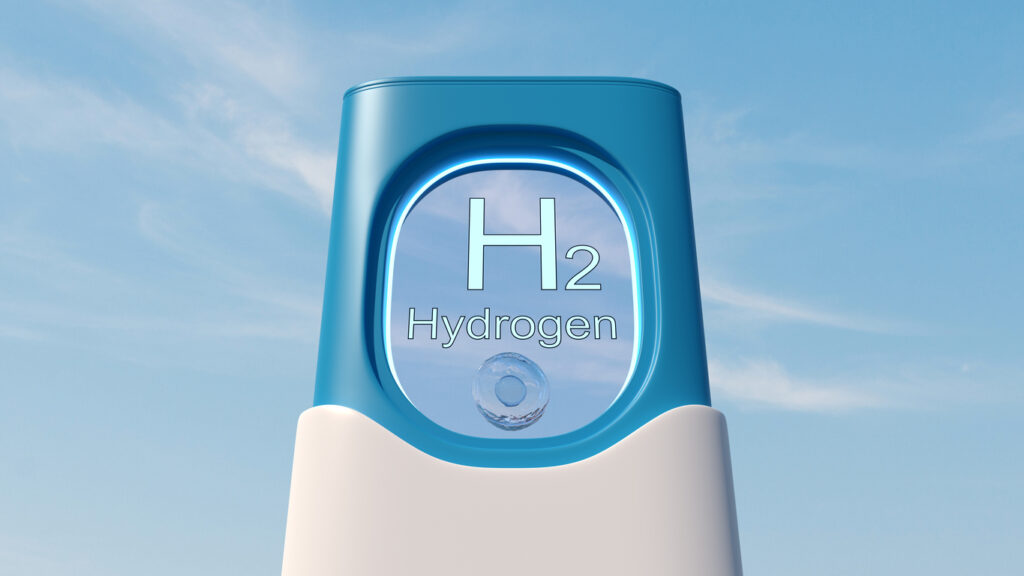